This Ultimate Evil Edition contains both Diablo III and the Reaper of Souls expansion set, together in one definitive volume.

This Ultimate Evil Edition contains both Diablo III and the Reaper of Souls expansion set, together in one definitive volume. Rise as one of humanity's last defenders - crusader, barbarian, witch doctor, demon hunter, monk, or wizard - and collect legendary loot while mastering devastating new powers and abilities. Play solo or form a party of up to four other heroes, either with local players together on the same screen or online. Lay waste to hordes of evil throughout all five acts of the Diablo III storyline, or explore the open world in Adventure Mode to hunt bounties on the elder evils that lurk throughout the mortal realms.

Available Only on PlayStation

The Last of Us™ Nephalem Rift: 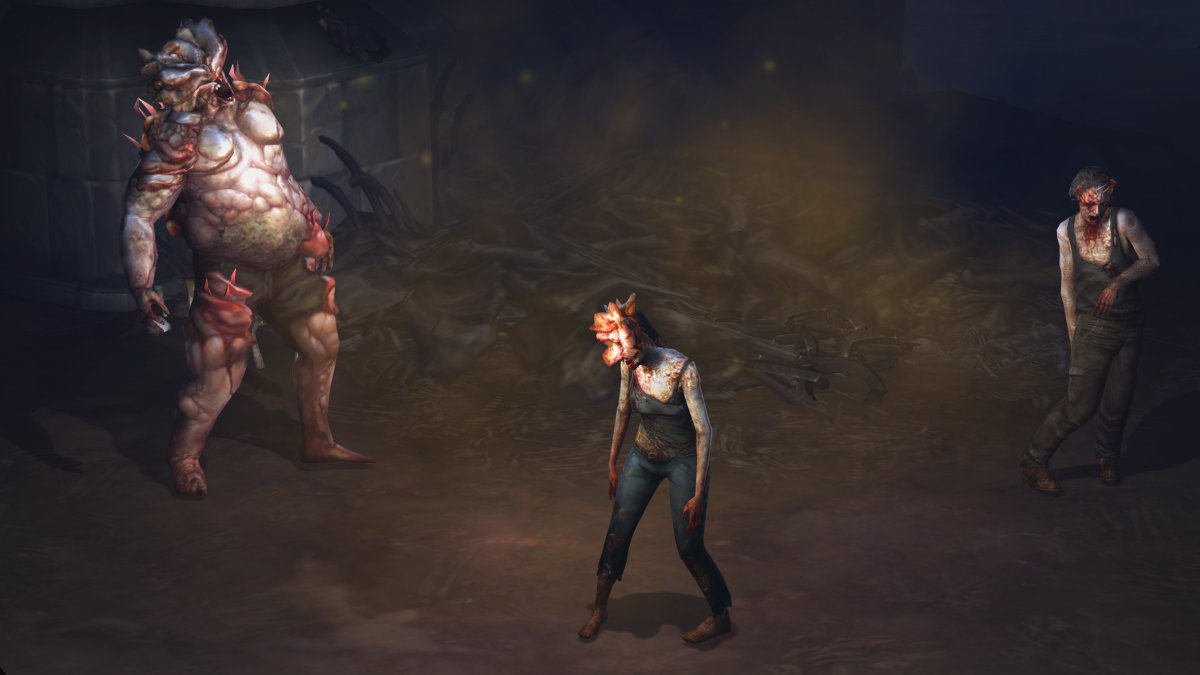 Get ready to endure and survive! We've teamed up with Naughty Dog to create a unique Nephalem Rift for the Ultimate Evil Edition inspired by the award-winning PlayStation® 3 title, The Last of Us™. Featuring hand-picked environments from the Diablo III universe and an ominous yellow spore effect, this randomized dungeon level (available only on PS3™ or PS4™) is sure to awaken the survivor in us all. Oh! And did we mention the monsters? The Last of Us™ Nephalem Rift is teeming with a series of ravenous creatures modeled after the infamous Stalker, Clicker, and Bloater infected.

Shadow of the Colossus™ Transmog Set:

Raise thy sword by the Light! In addition to The Last of Us™ Nephalem Rift, the Ultimate Evil Edition will also include a PlayStation® exclusive that pays homage to a gaming classic. Players who choose to join the crusade against death on the PS3™ or PS4™ will be rewarded with the "Guise of the Colossi," a unique set of transmogrification plans that unlocks six armor appearances inspired by the influential PlayStation®2 title, Shadow of the Colossus™. These striking appearances will be available to each of Sanctuary's larger-than-life classes.