Fight to save a near-perfect replica of Japan's anime and game mecca from manmade vampires the only way you know how: by stripping them so they melt in the sun! 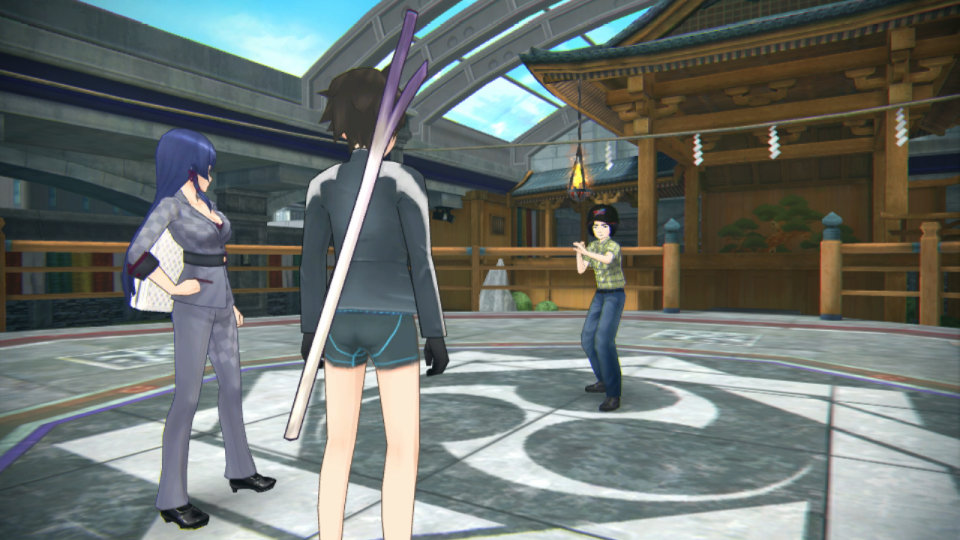 AKIBA'S TRIP: Undead & Undressed is an open-world action RPG in which players undertake numerous missions in a virtual recreation of Akihabara, Tokyo’s popular ”Electric Town” district. The player’s goal is to identify vampires called “Synthisters” with the help of an in-game smartphone app, then engage them in battle to strip their clothes off so their bodies are fully exposed to sunlight. Boasting a unique combat system in which everyday objects become weapons, multiple story routes, a varied cast of characters based on common anime and video game tropes and a narrative dripping with social satire and subtle nods to Japanese pop culture, AKIBA'S TRIP is a present-day supernatural adventure for the nerd in all of us! 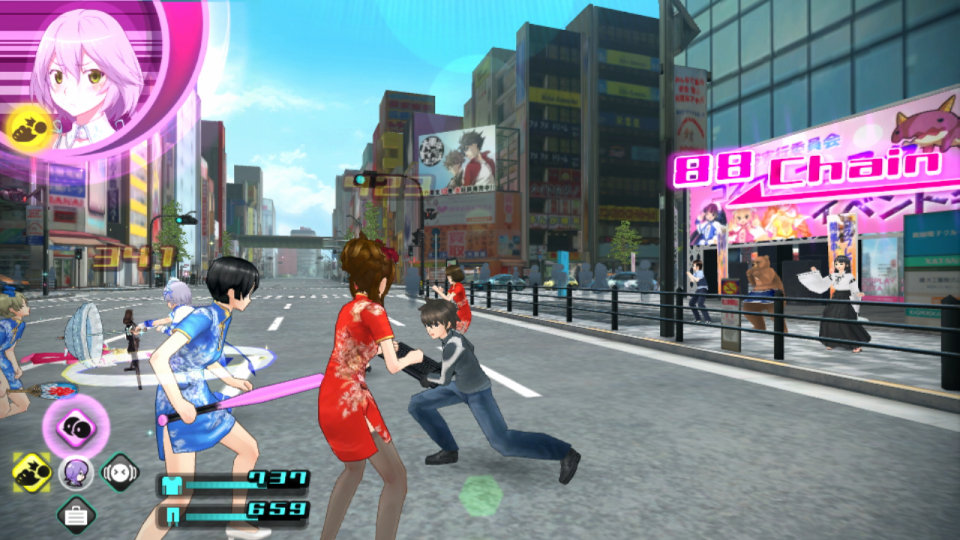 Like a virtual tour of Tokyo’s Akihabara ward, all major outdoor locations from the town have been painfully recreated, with over 130 real-life shops accurately represented. 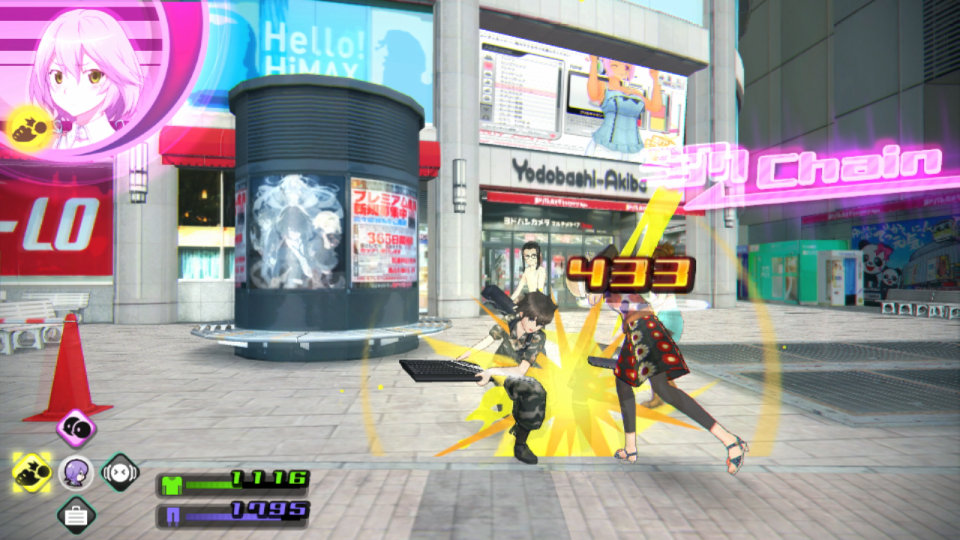 Combat Anything can be a weapon, from baseball bats to comics to motherboards, and individual clothing items may be targeted, stripped and added to your own inventory. 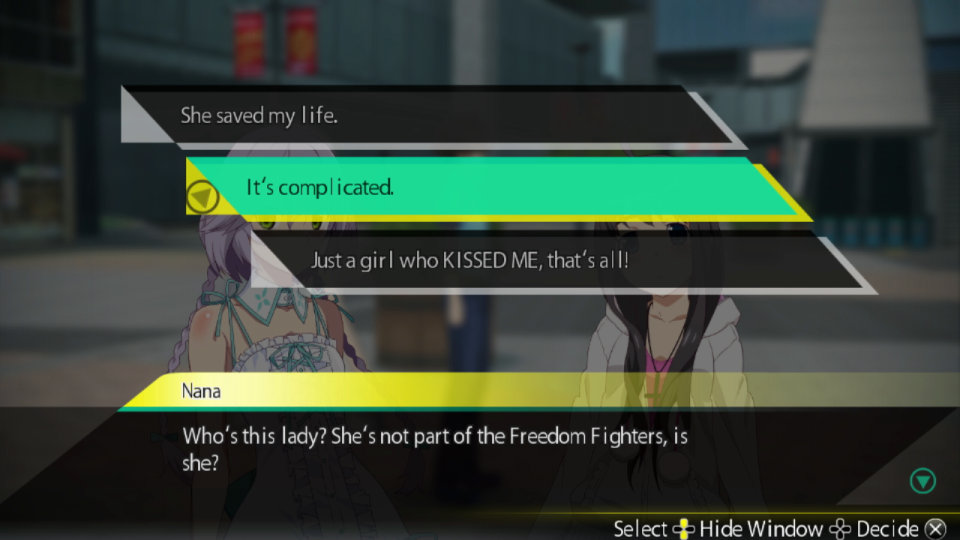 In addition to nearly 10,000 lines of newly recorded English voices, the original Japanese voices are a selectable option for those wanting a more authentic experience. 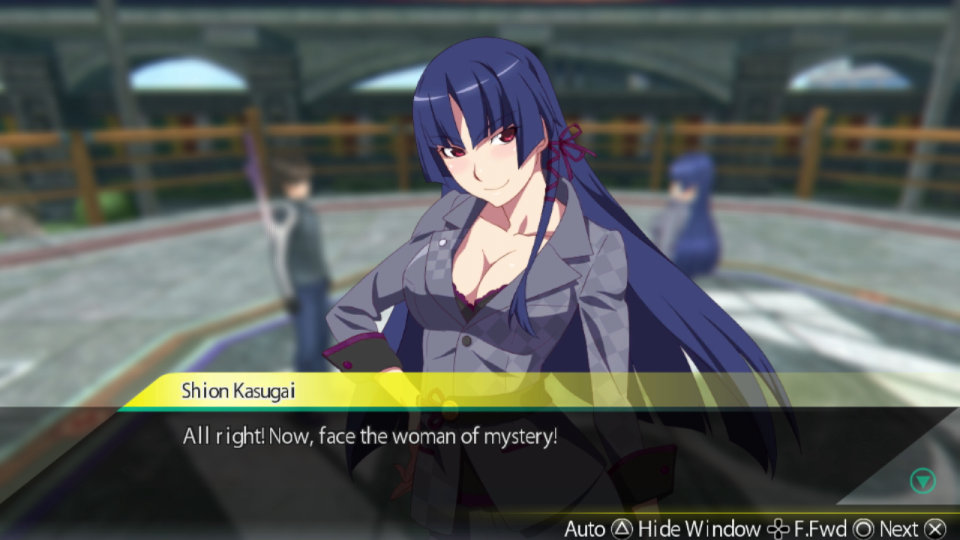 Playing off common anime and video game tropes for social satire, the player’s choices determine how the story progresses, leading to one of many unique endings. 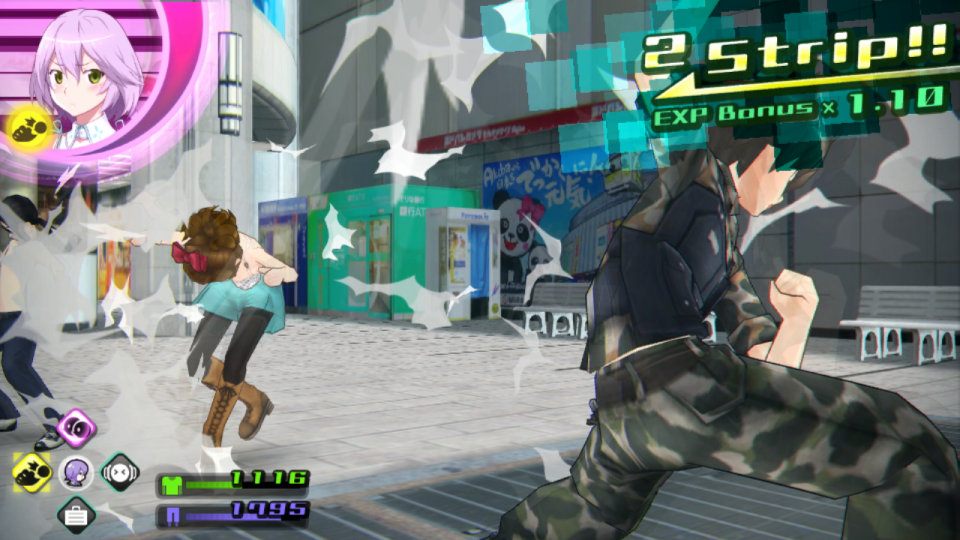 The in-game smartphone is used to check email, read comments on “Pitter,” take side quests, catalog ad flyers, launch apps to identify the undead and much, much more. 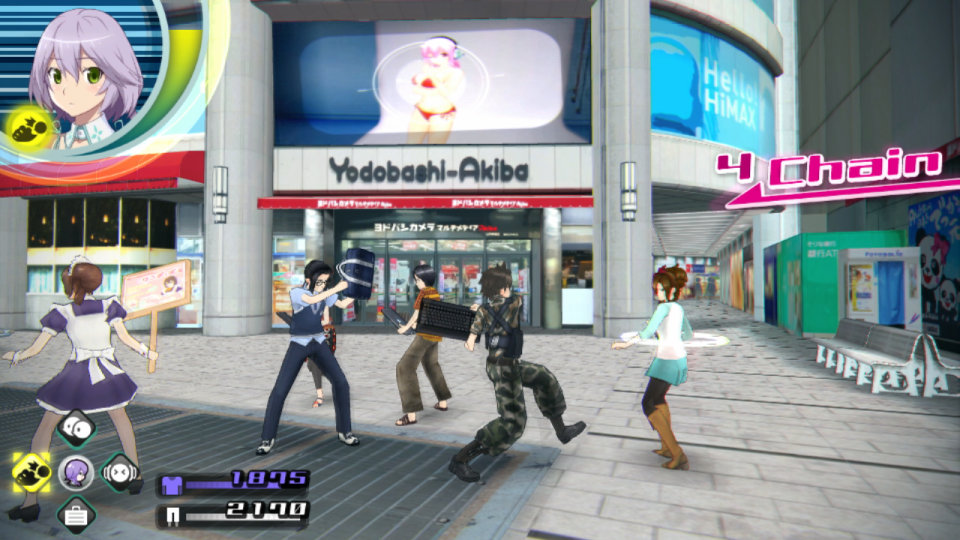 This suburban Tokyo ward's seen it all, from Japan's post-war reconstruction to the economic bubblegum crisis of the '80s. Always on the cutting edge of progress, with a little something to offer even the most fetishistic of appetites, it was almost inevitable that this singular technocracy of indulgence would give birth to a whole new kind of appetite altogether.

Enter, the “Synthisters” – vampires who prey upon the life energy of the town’s unsuspecting figurine-chasers, maid café connoisseurs and cosplayers. Those victimized by Synthisters take on the properties of their attackers while also withdrawing from society and becoming veritable shut-ins due to their newfound fatal weakness to sunlight.

Akiba’s Trip tells the story of one such unfortunate soul: a young man named Nanashi who was lured into a trap by the promise of rare character goods and transformed into one of the walking undead. He, however, was spared the worst of his fate by the bloody kiss of a mysterious Synthister hunter named Shizuku. Together with the rest of his companions in an organization unofficially dubbed the “Akiba Freedom Fighters,” Nanashi and Shizuku must uncover the truth behind the Synthister plague and save Akiba from being overrun by violent, antisocial energy vampires.

And of course, the best way to fight vampires is to strip them down to their skivvies so they melt in the noonday sun…

A Satirical Look at "Otaku" Culture For Men and Women Alike 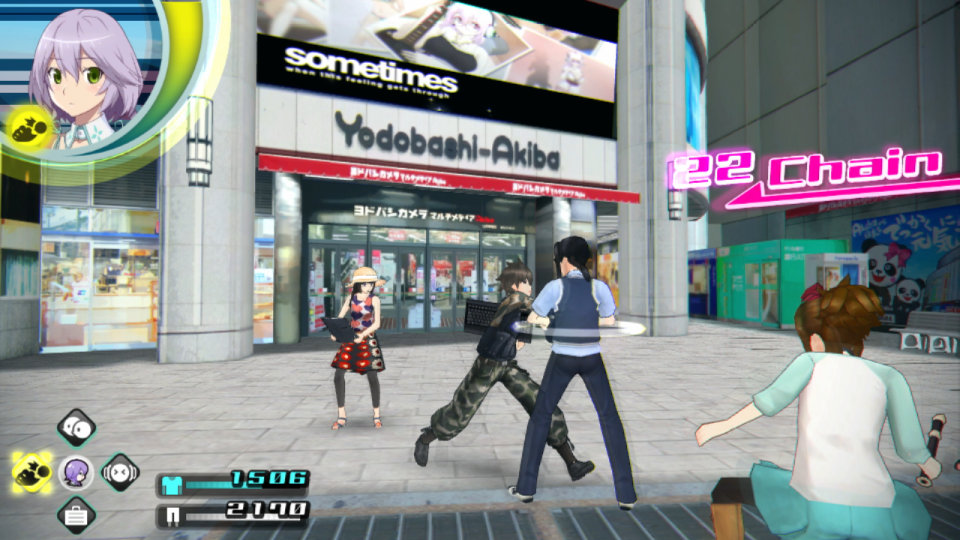 Developed by ACQUIRE Corporation, who are themselves based out of Akihabara (and whose office window is visible in-game), AKIBA'S TRIP: Undead & Undressed represents a painstaking effort to duplicate not only the town itself, but also its “otaku” nerd culture. Like a roast of an entire generation, every aspect of life in Akiba – from obsessive figurine collecting to the recent “maid café” boom, to the almost nationwide love affair with cutesy pop idols – gets its time in the ring.

And since no virtual tour of one of the world’s quirkiest and most distinctive shopping districts would be complete without a cast of equally quirky and distinctive denizens to wander about, AKIBA’S TRIP provides by populating every street corner with antisocial shut-ins, street thugs, sweet talkers, struggling shop clerks, desperate art sellers, anime-crazed tourists and more.

Akihabara is a land of contradictions, representing fringe Japanese culture at its finest – so what better place could there be to unleash an army of the undead? With vampiric “Synthisters” around every corner, our hero must engage in street brawls and strip his enemies down to their skivvies or beyond in order to stop them. And these Synthisters come in all shapes and sizes, both male and female. There’s no playing favorites here: the undead must be stripped, regardless of gender!

In fact, this Western edition of the game contains added scenes of male characters in compromising positions, to complement similar scenes of female characters that were already present, making it one of the first games in history (as far as we know!) to achieve gender equality through the addition of “fanservice” as opposed to its removal.

So if you’re a fan of the bold, the irreverent, the shocking, the tongue-in-cheek or the slightly naughty, come on down to Akihabara – we’ve got a seat saved for you, whoever you are!