Test yourself in the 13 FIA World Rally Championship rallies and 52 special stages, with their true-to-life environments.

Be A Real WRC Driver

WRC 7 is the official game of the 2017 FIA World Rally Championship season. Play as the best drivers in the Championship and experience the competition through its 13 official events. Take part in the famous Super Special Stages and race in the key locations from the real WRC rallies.

You're on the Stage!

On a race track, the car makes all the difference. In a rally, it's the driver. Novice or expert, dive deep into the heart of the world of rallies thanks to an intense experience, realistic and vibrant environments, and varied game modes. Experience WRC like never before with WRC 7!

Rise to an Epic Challenge

With WRC 7, experience the competition at its highest level with other players, locally or online. Test your nerves with weekly challenges and reach the top of the rankings to be rewarded for your excellence. Take on players from around the world in the new eSports WRC season to become the new World Champion, or enjoy yourself playing simultaneously against friends on the same screen. 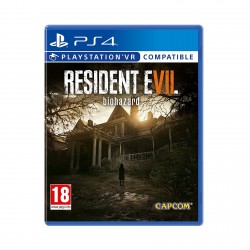