Experience one of the scariest, most highly acclaimed games of 2017 with Resident Evil 7 Gold Edition – complete with all Season Pass content.

Where would the Baker family be without Marguerite's good ol' home cooking? Having woken up restrained in bed with one of her horrifying meals before you, you must find a way to escape without her noticing.

Tossed into a basement crawling with lurching black Molded, your only chance is to shoot your way to survival. Keep moving, keep your wits about you, and keep hope alive, and maybe you can survive until morning…

Unlike the banned footage chapters, which are linked directly to the main story of Resident Evil 7: Biohazard, "Ethan Must Die" hurls you into an entirely separate universe where the Baker mansion has been remade: It is now a trap-laden house of horrors designed to kill any intruder. Prepare yourself for the ultimate challenge! Note: This extra game mode does not support PlayStation®VR.

Gamble with your life in"21"

There's something wrong with the Bakers' son Lucas. He likes to play games with his captives, and his newest playmate is you. You'd better be lucky at cards, because each time you lose, you'll be giving up something a lot more valuable than money…

Gain new insight into the people the Bakers used to be. This banned footage reveals the tragedy that led to the events in RE7's main story.

Check out the lighter side of Resident Evil 7: Biohazard. In this extra game mode, jolly ol' Jack has a hankering for some grub on this special day, his 55th birthday! Search the house, fight off enemies, and find enough food to fill Jack's belly and make this the best birthday ever! Note: This extra game mode does not support PlayStation®VR.

Putting an end to them is another story. End of Zoe is the epilogue chronicling the final events of Resident Evil 7. Zoe Baker helped protagonist Ethan Winters throughout his ordeal at the Baker estate, but what fate awaits her after he is gone…?

Run Aground and Rusted - This old paddle boat has been moldering in the swamp for years. You may need to venture inside it before this nightmare ends.

Abandoned Boats - What brought Umbrella out to this backwater Louisiana swamp? And what made them leave these rubber boats unguarded?

Gator Attack - The swamp is home to ferocious alligators. As a diehard survivalist Joe has hunted them before, but tonight more than ever they're out for his blood.

One Fist of Iron, and Another of Steel - Joe's life out in the wild has hardened him in body and mind. His hands are tough as oak—more than enough to smash some Molded heads.

Twisted and Brutal - This highly-violent strain of Molded has developed sharp thorns on its arms and head. Stay away or risk lethal injury.

Exterminate the Molded - The swamp is now infested with Molded. These shambling monstrosities just aren't natural—wipe them out!

Mutation after Mutation - Whatever this creature is, it's relentless. Whether you run or stand and fight, be warned that this is no average Molded.  It almost looks like it's trying to maintain a human shape…。

Meet Joe, the Swamp Survivalist - This chapter of the RE7 story occurs from the perspective of Joe, a hardy hunter who calls the Louisiana swamps home. His survival skills and brawny build will come in handy during the ordeal ahead…

Zoe? - Zoe has suffered a tragic fate, and lies precariously on the brink of death.

Something More Important than Survival - Unsure whether she can really be saved, Joe carries Zoe through the freakish hazards of the once-serene swamp. Her destiny lies in his hands, as does his own.

The exhilaration you feel after overcoming insurmountable terror is what makes combat such an integral part of the Resident Evil formula.

Combat from the new Isolated View perspective makes you feel closer to the action than ever before.

The Baker family aren't the only ones lurking in the house – be prepared to take on some truly terrifying creatures too.

These slimy, jet-black creatures are known as "Molded." They attack with long, sharp claws, and don't go down easily. You can try blasting their limbs off, but the only way to stop them for good is to destroy the central nervous system – aim for the head.

The horror unfolds on a dilapidated farm in the American South. Leave no stone unturned if you wish to find a way out and escape with your life.

Myriad obstacles and mysteries block your path to freedom. The satisfaction of solving mind-boggling puzzles is another cornerstone of true survival horror.

You're on your own to survive. Ammunition and healing items are scarce, and the amount you can carry is even more limited. What will you take with you, and when will you use what? Your fate rests on your judgment.

As you explore, you'll find many items to help you survive. Some will help you in combat, some will heal your wounds, and some may help you find a way forward. Be wary of some, however, that may serve no useful purpose at all.

Glimpse the Past with Found Footage

You may occasionally find video tapes containing footage that seems to have been recorded from within these strange grounds. As the player, watching a tape will allow you to step into its reality and experience the horrors of the past first-hand. Pay close attention, as some may provide crucial hints for finding the correct path. 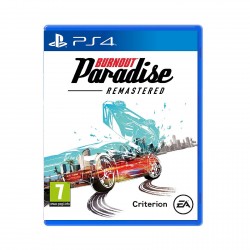