In Far Cry 4, players find themselves in Kyrat, a breathtaking, perilous and wild region of the Himalayas struggling under the regime of a despotic self-appointed king. 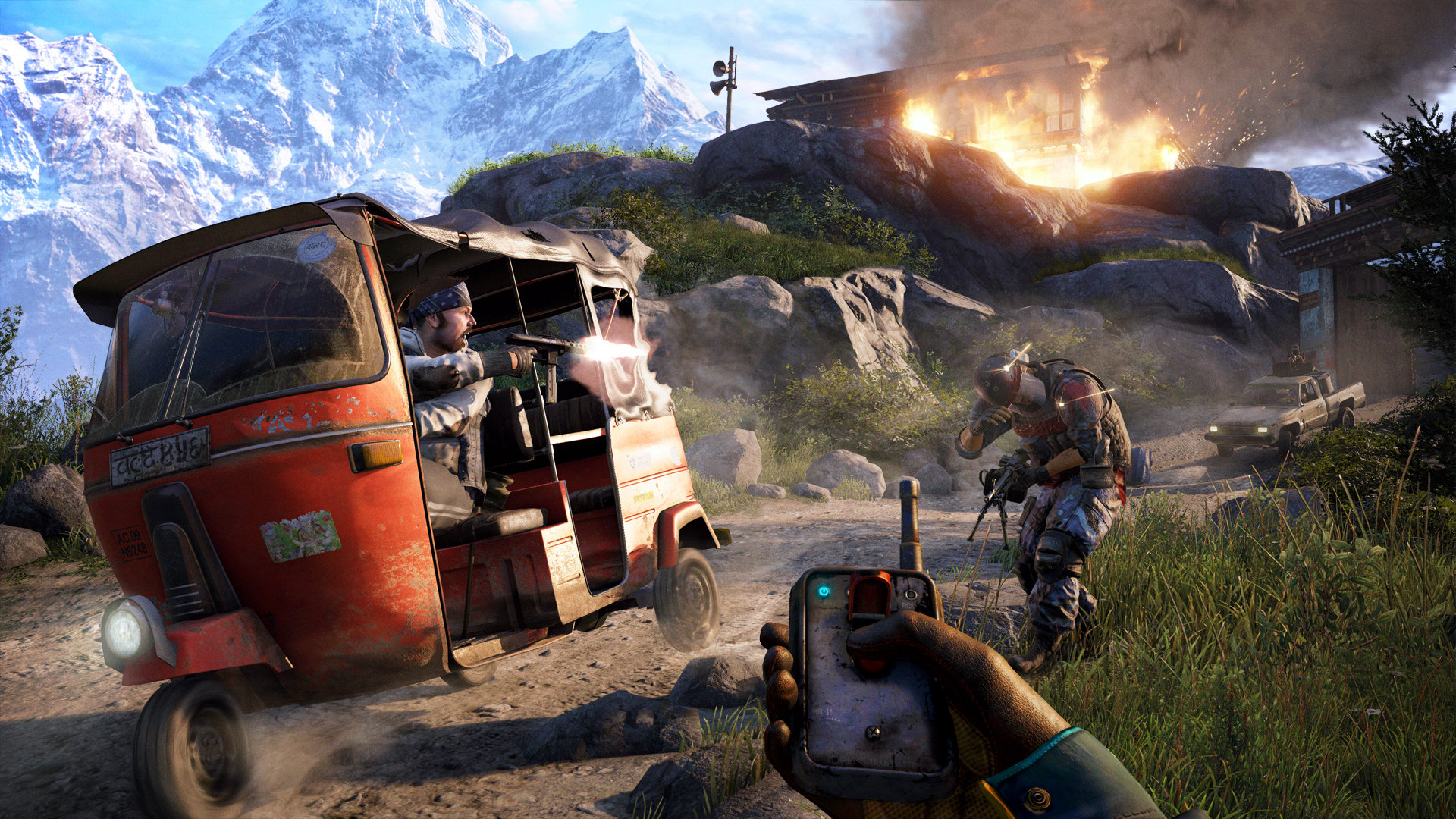 Built from the legendary DNA of its award-winning predecessor, Far Cry 4 delivers the most expansive and immersive Far Cry experience ever in an entirely new and massive open world, with integrated drop-in/drop-out open world co-op play. Hidden in the towering Himalayas lies Kyrat, a country steeped in tradition and violence. You are Ajay Ghale. Travelling to Kyrat to fulfill your mother's dying wish, you find yourself caught up in a civil war to overthrow the oppressive regime of dictator Pagan Min. Explore and navigate this vast open world, where danger and unpredictability lurk around every corner. Here, every decision counts, and every second is a story. Welcome to Kyrat. 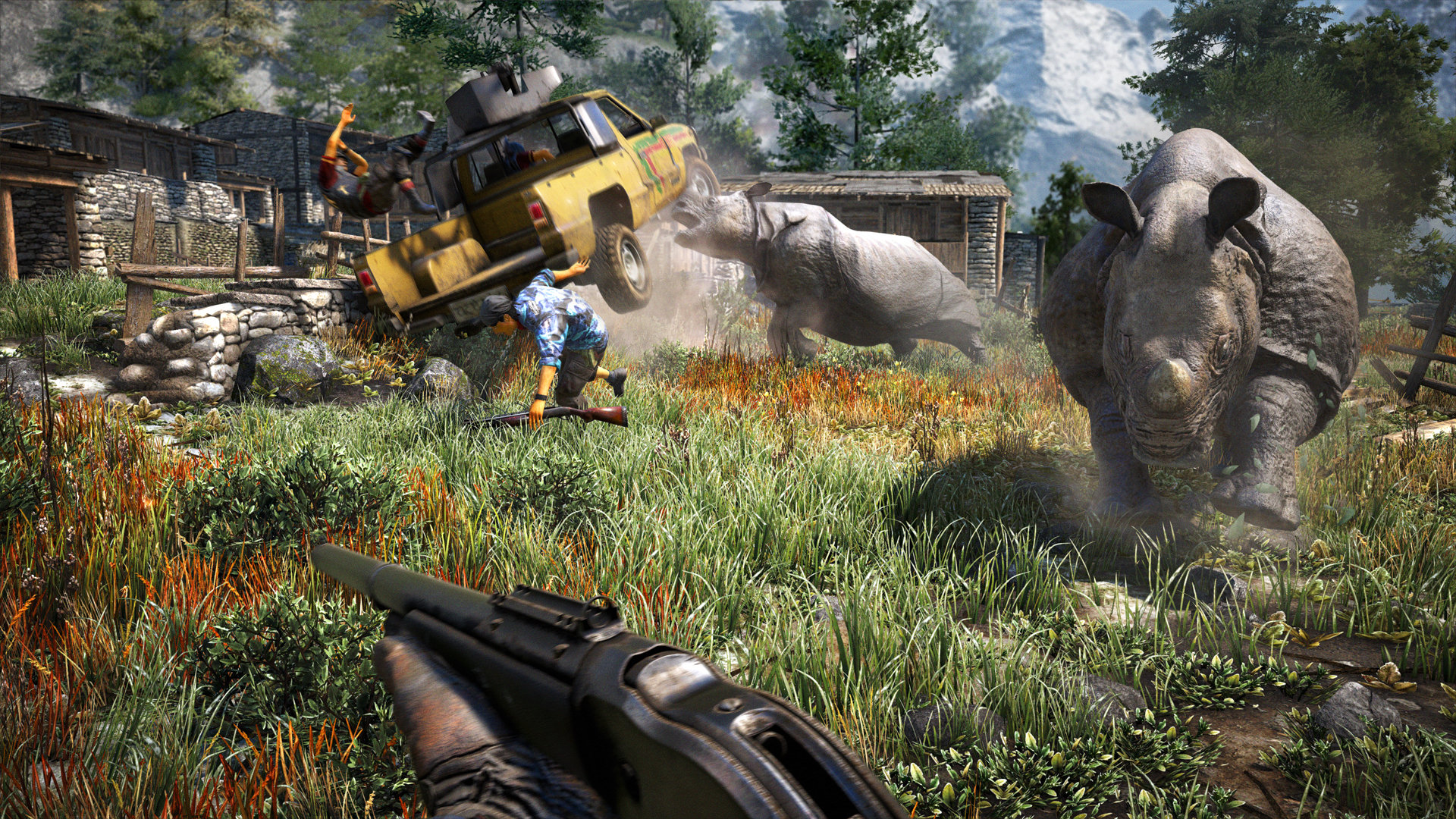 Discover the most diverse Far Cry world ever created. With terrain spanning from lush forests to the snow capped Himalayas, the entire world is alive... and deadly. From leopards, rhinos, black eagles and vicious honey badgers. Kyrat is home to abundant wildlife. As you embark on your hunt for resource, know that something may be hunting you... - Scount enemy territory from above in the all-new gyrocopter and then plummet back to earth in your wing suit. Climb aboard the back of a six-ton elephant and unleash its raw power on your enemies. Choose the right weapon for the job, no matter how insane or unpredictable that job might be. With a diverse arsenal, you'll be prepared for anything. 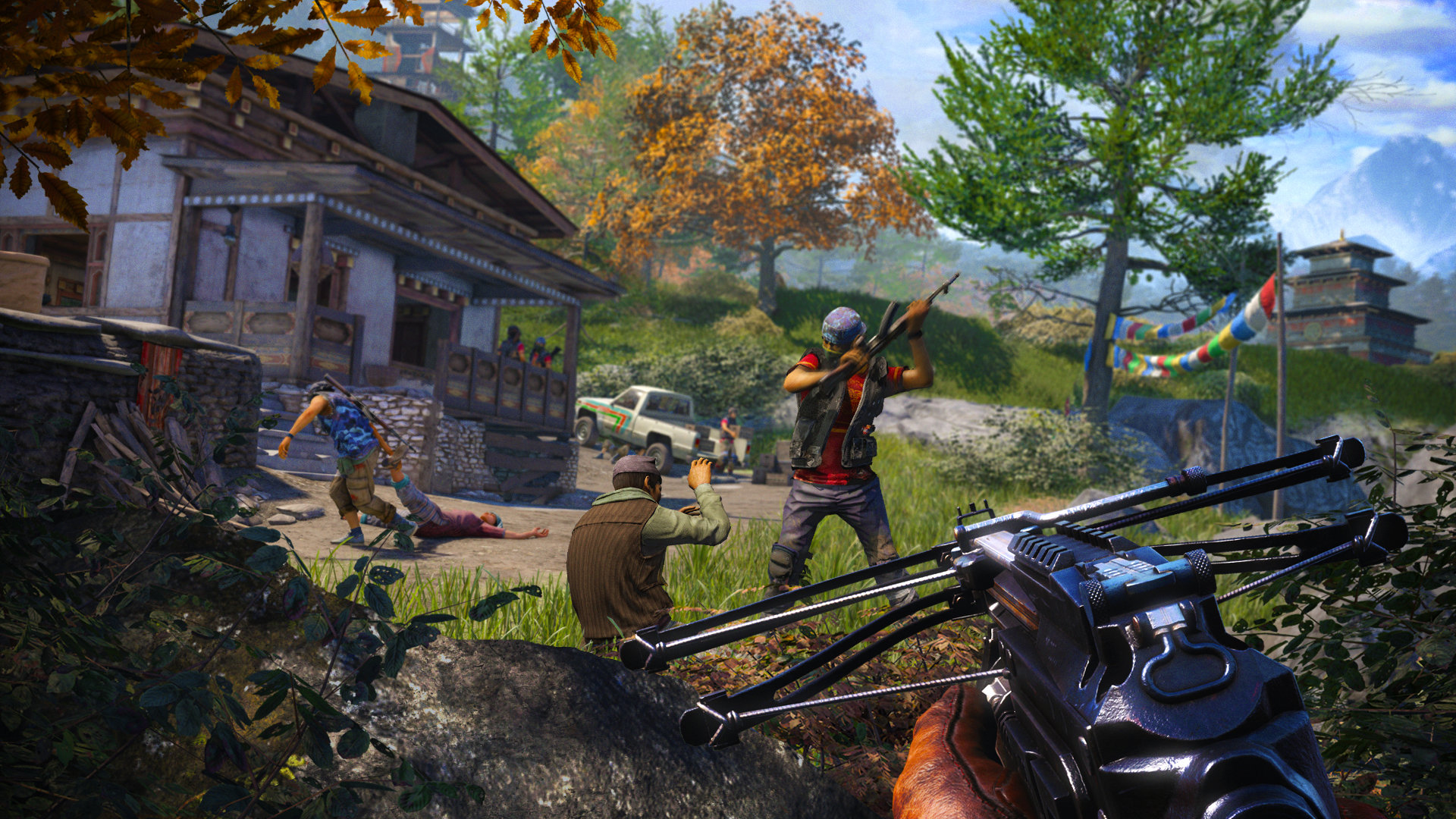 Not every journey should be taken alone. Far Cry 4 allows for a second player to drop in and drop out at any point, re-imagining the cooperative experience in the true spirit of Far Cry for the next generation. You'll now be able to discover and explore the living open world of Kyrat together.

The Arena: What Will You Become? 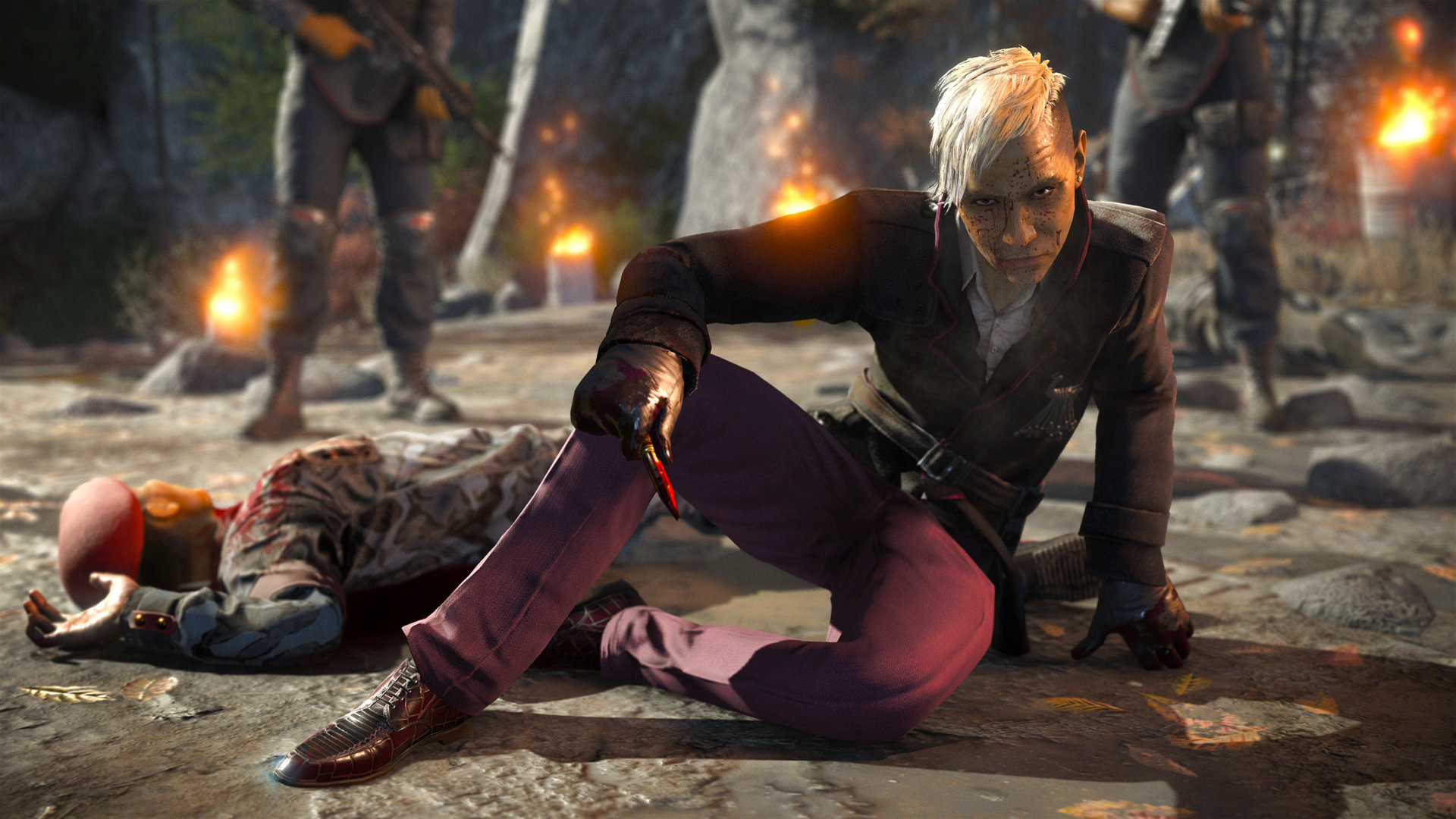 Prove your combat prowess and fight for survival and fame in the arena. Earn the respect of roaring crowds and test your will to survive, battling man and beast alike, until only one contestant remains standing. 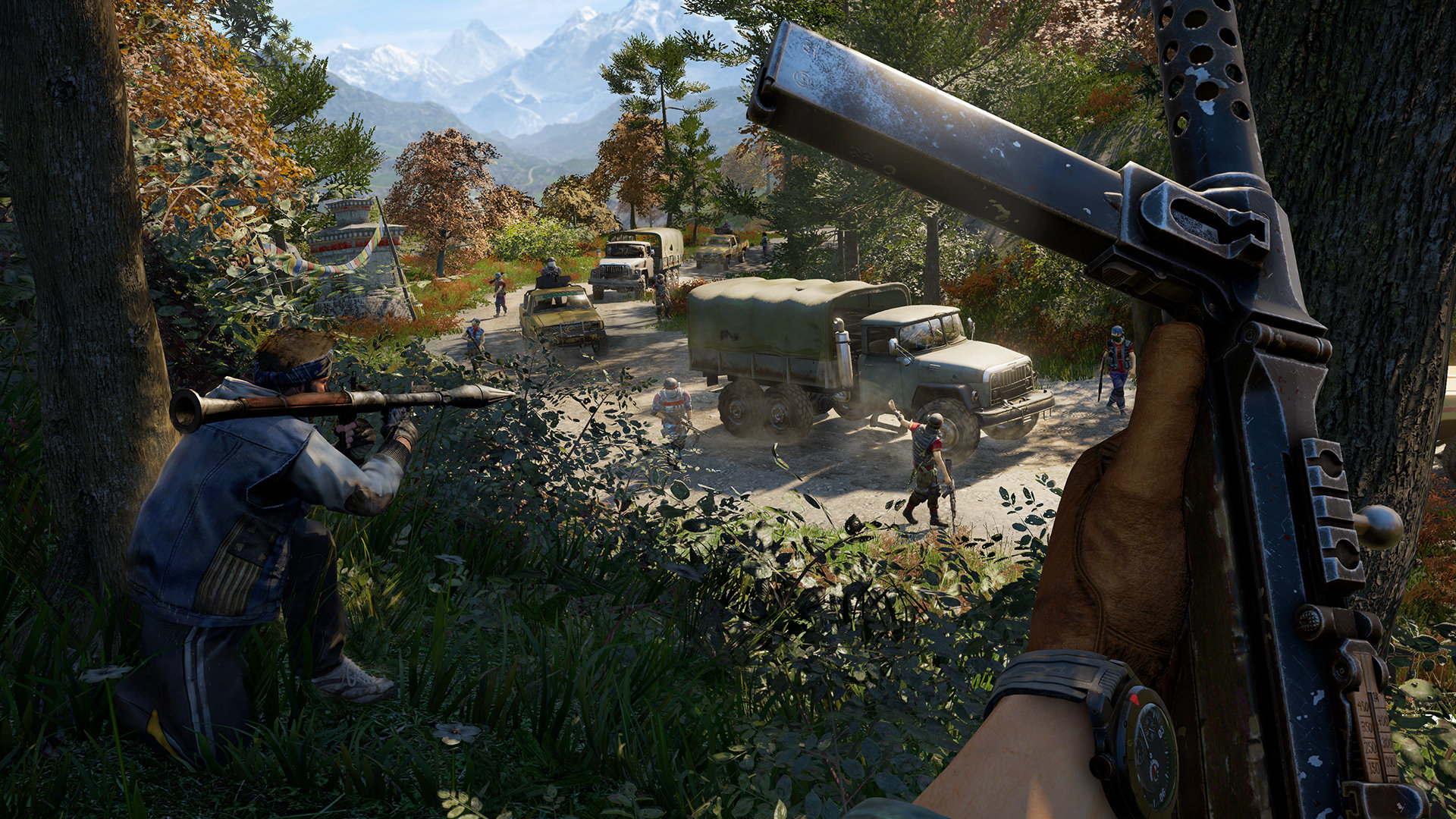 Get a taste of Kyrat's embattled history in a brand-new adversarial multiplayer mode. Play as a heavily armed soldier of the Golden Path rebellion, or as a member of the ancient Kalinag warrior tribe equipped with the lethal power of nature. 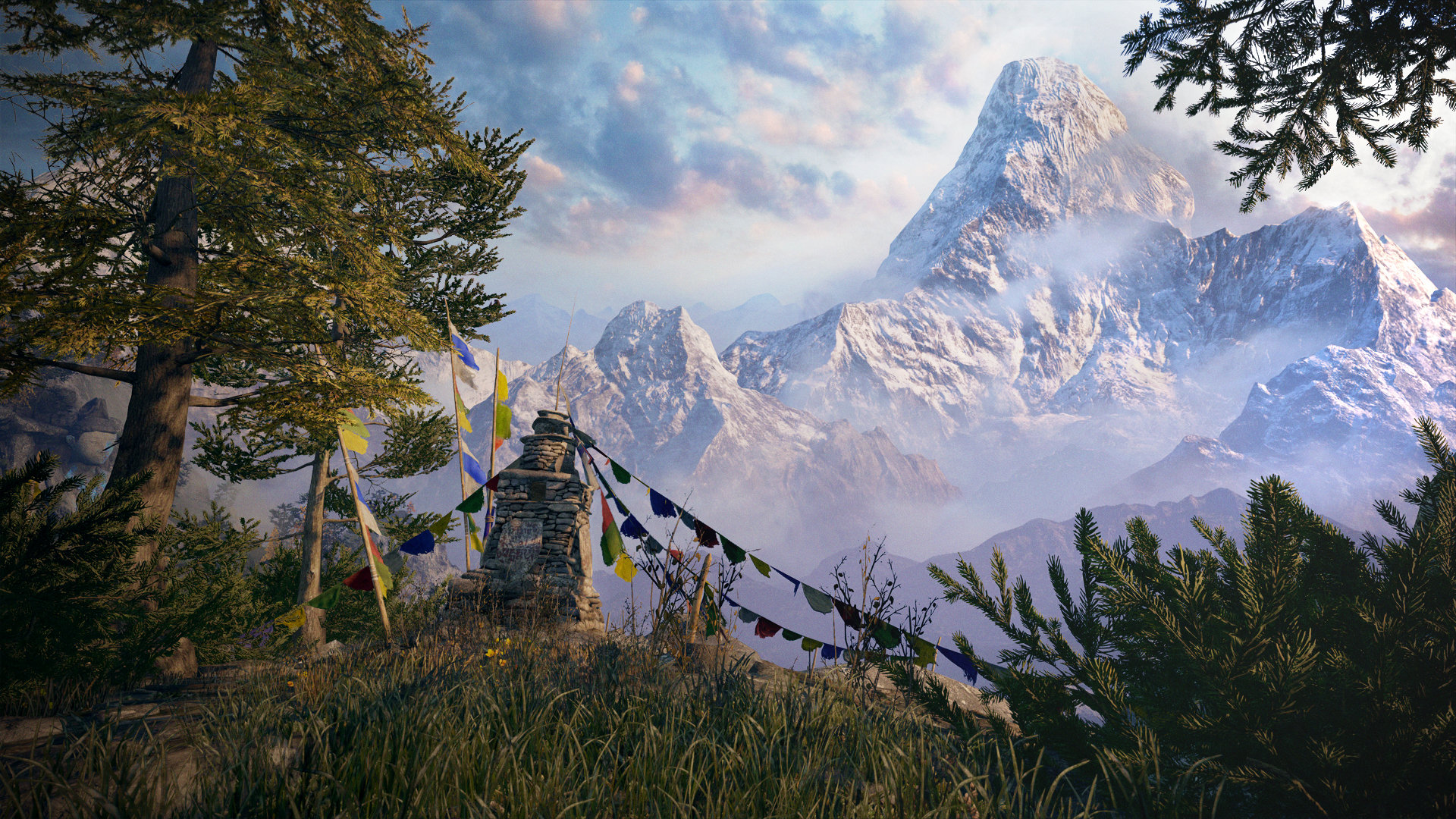 Create and share your own maps using the most powerful and intuitive map editor ever offered in the Far Cry franchise. Your creations will get the attention they deserve thanks to its enhanced tools, improved interface, and the ability to publish and share your maps with the community. 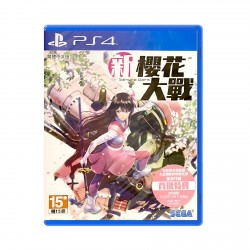