RESIDENT EVIL 3 stars Jill Valentine – one of video games’ most iconic heroines – as she escapes from a crumbling Raccoon City and the harrowing pursuit of the unrelenting bioweapon Nemesis.

Fight your way to freedom from the brink of despair 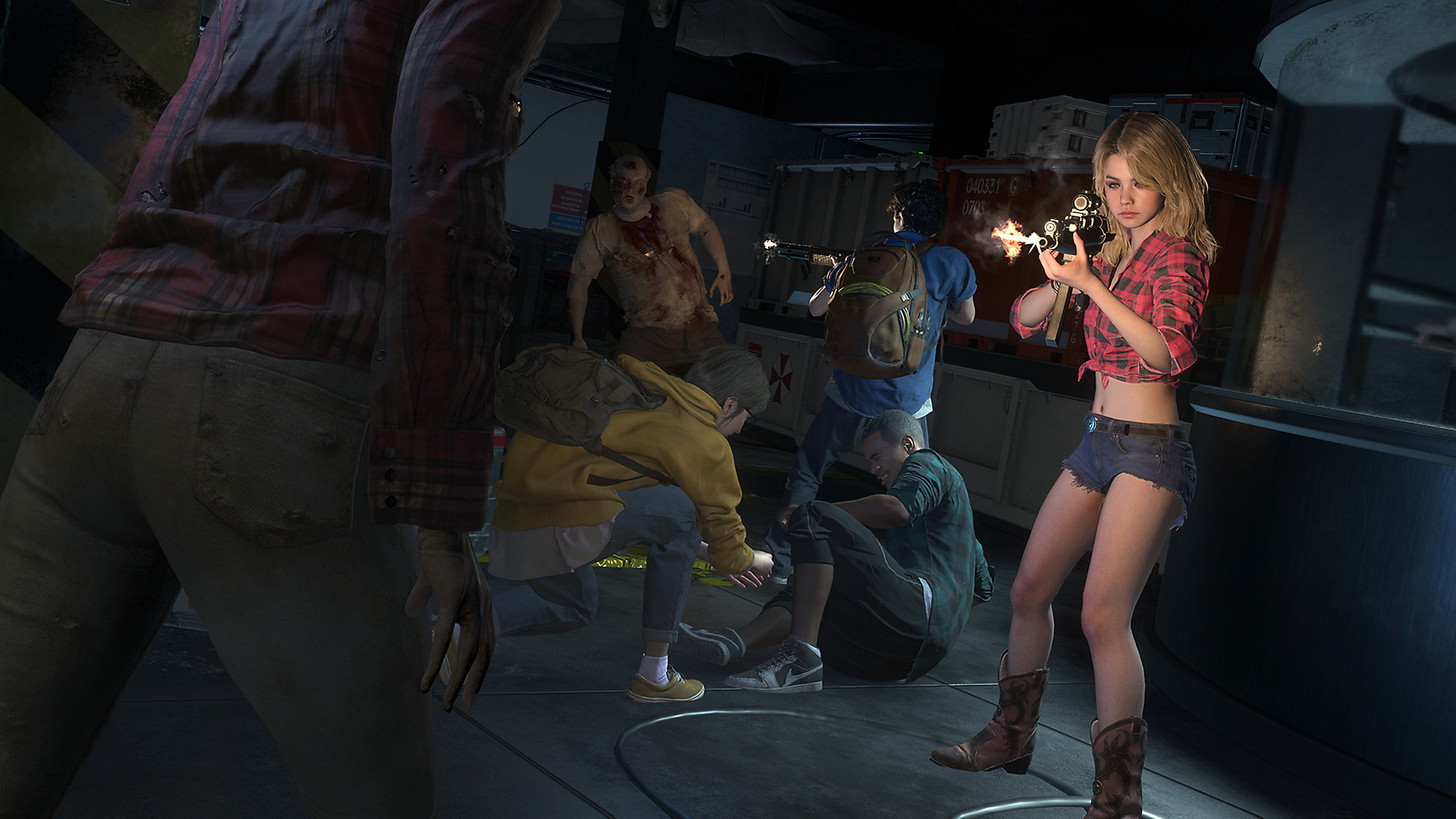 Witness the climactic events of Raccoon City in a completely reimagined RESIDENT EVIL 3. This highly demanded follow-up in the 94-million unit selling franchise comes on the heels of the award-winning RESIDENT EVIL 2, and completes the Raccoon City story arc. Also included the online 4 vs. 1 asymmetric multiplayer experience Resident Evil Resistance when it releases on April 3, 2020.

Protagonist with Strength and Braveness 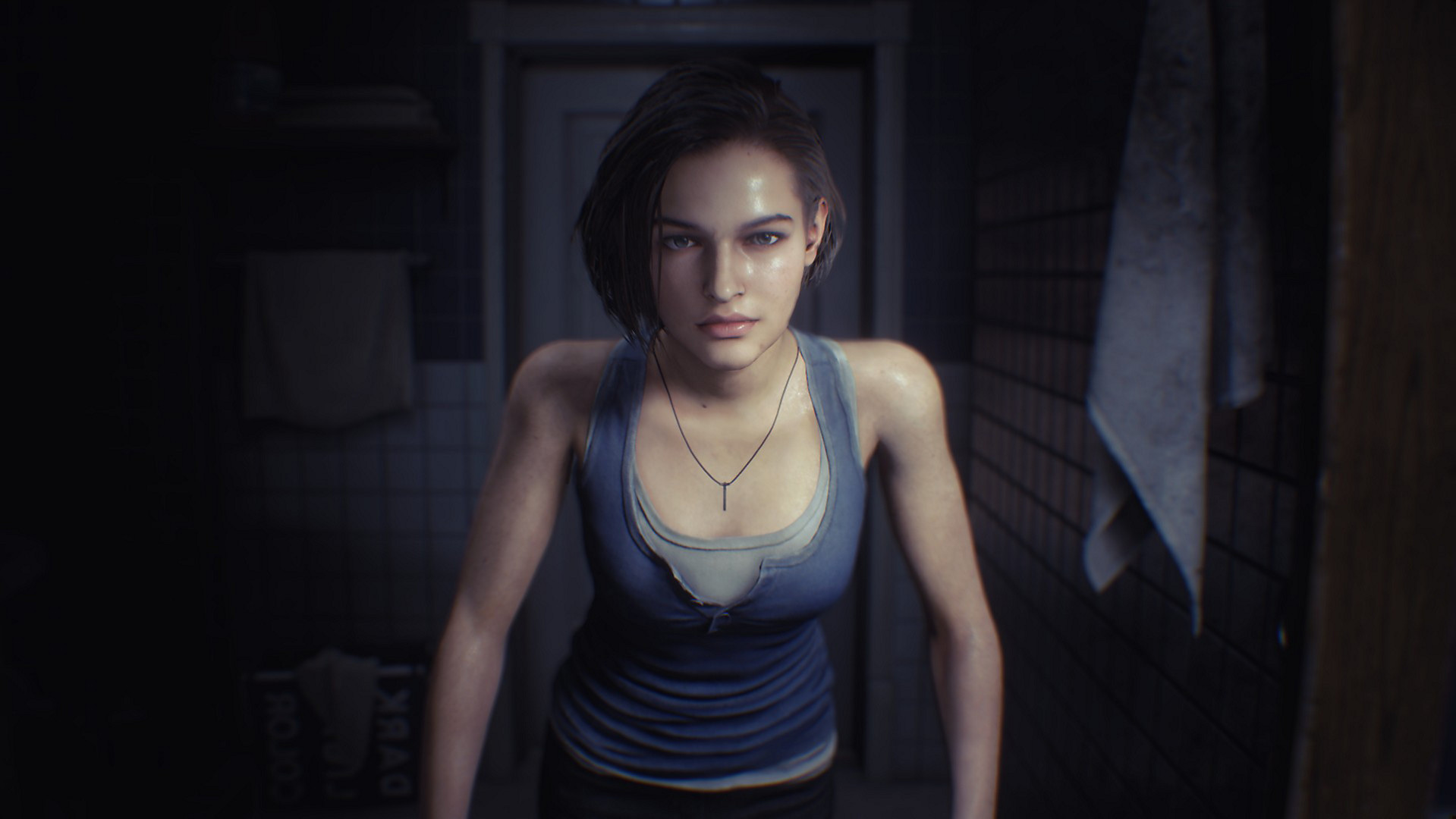 RESIDENT EVIL 3 stars Jill Valentine – one of video games’ most iconic heroines – as she escapes from a crumbling Raccoon City while being pursued by the unrelenting bioweapon Nemesis. Jill’s harrowing experiences in RESIDENT EVIL 3 take place in the nightmarish hours leading up to and following the events in RESIDENT EVIL 2, shedding new light on the plight of Raccoon City’s residents.

Immortal Deadly Threat - Fear of Being Constantly and Relentlessly Chased 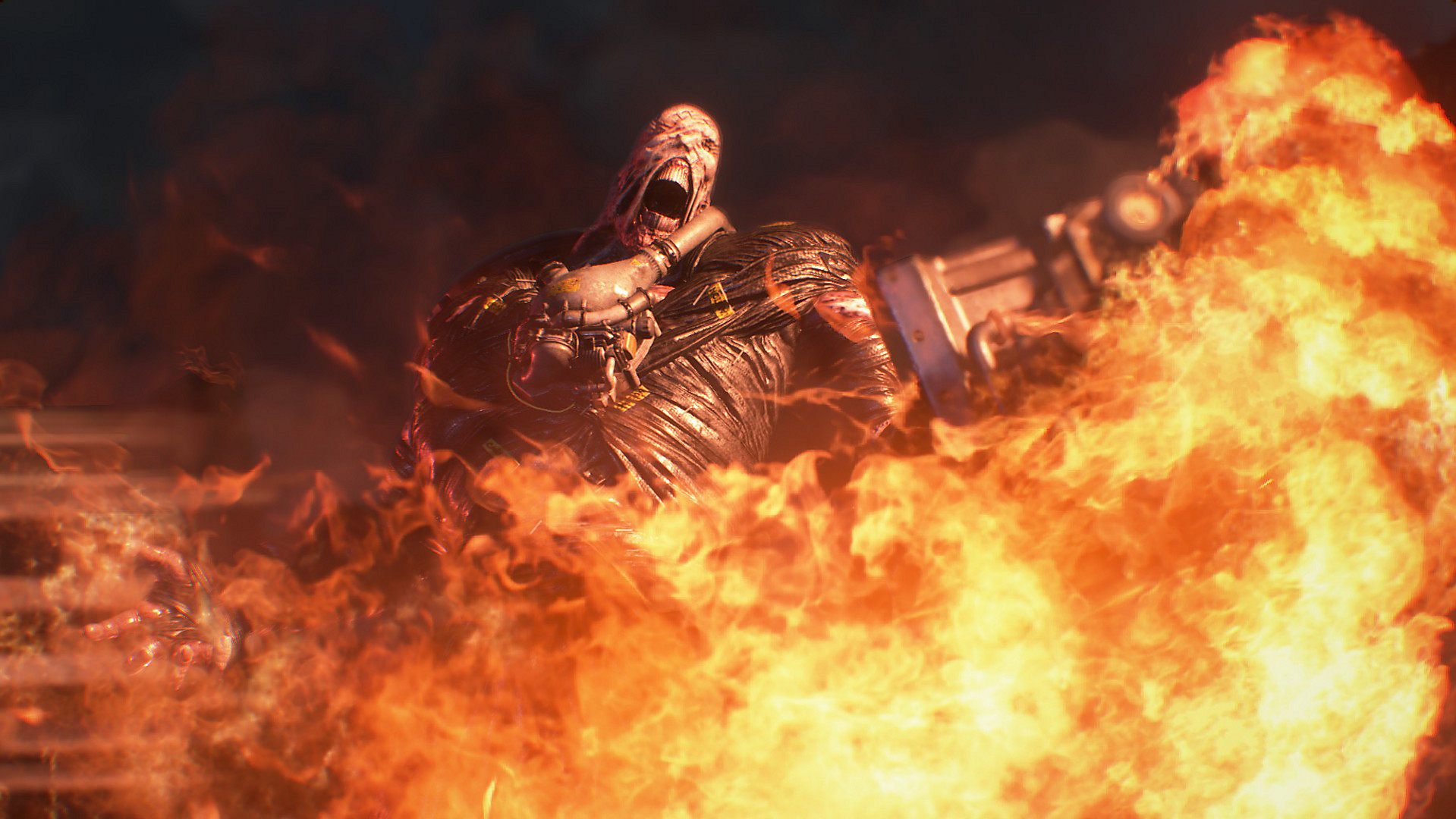 Intense combat and puzzle solving combine to deliver the heart-pounding final chapter of Raccoon City’s collapse. The horrific settings from the original game and new content come to life as never before with RE Engine, previously utilized to create the acclaimed RESIDENT EVIL™ 7 biohazard, RESIDENT EVIL 2 and Devil May Cry™ 5 with high-definition graphics and modernized gameplay mechanics. 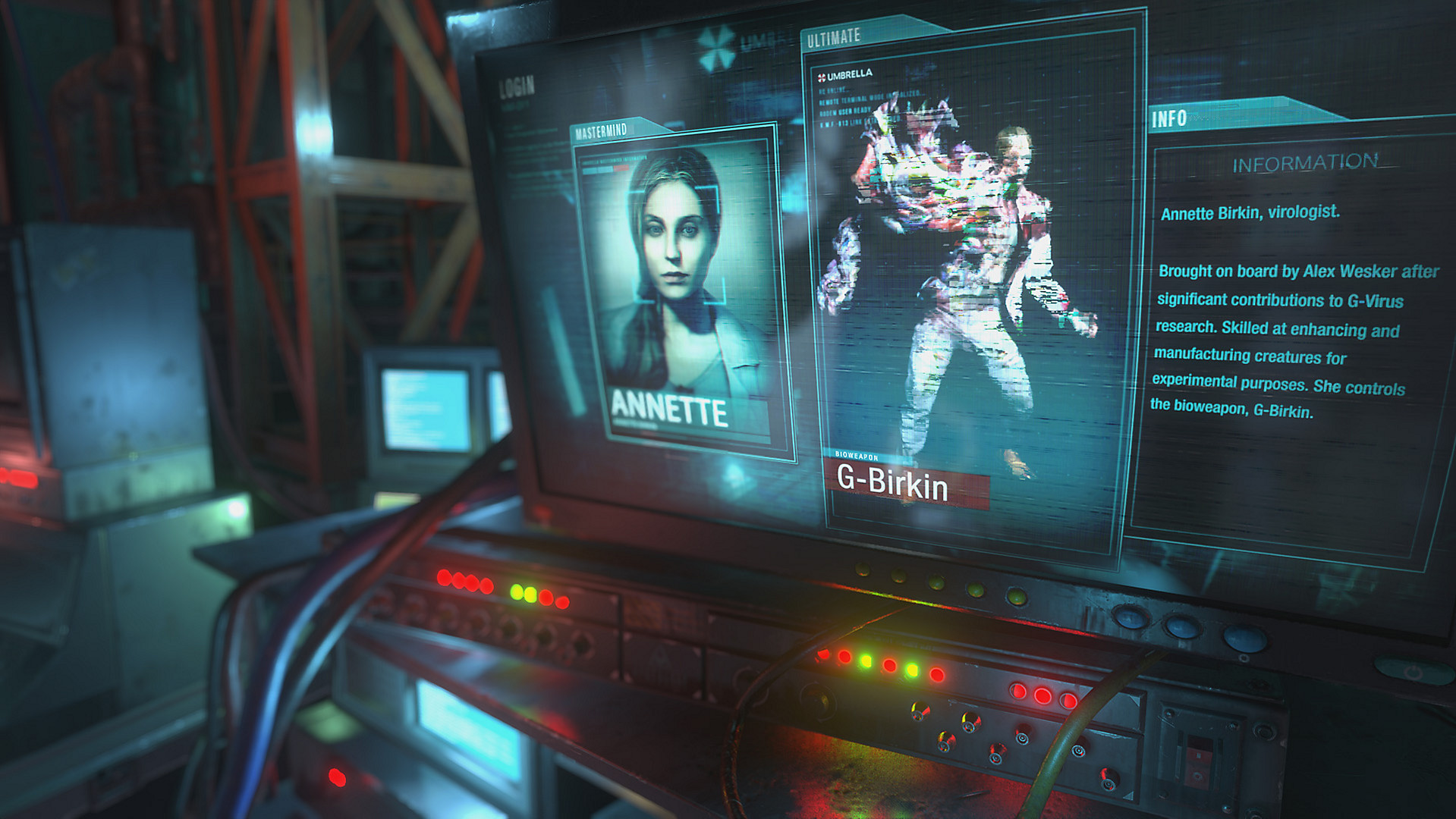 Complementing the action-packed single player campaign is Resident Evil Resistance, an asymmetrical 4 vs. 1 multiplayer game. Four Survivors must strategically work together, using their respective special abilities, to escape a Mastermind’s watchful eye across a match composed of three stages of traps, puzzles and horrors.

Cooperate with Teammates to Escape! Use Strategy to Drive Survivors to a Dead End! 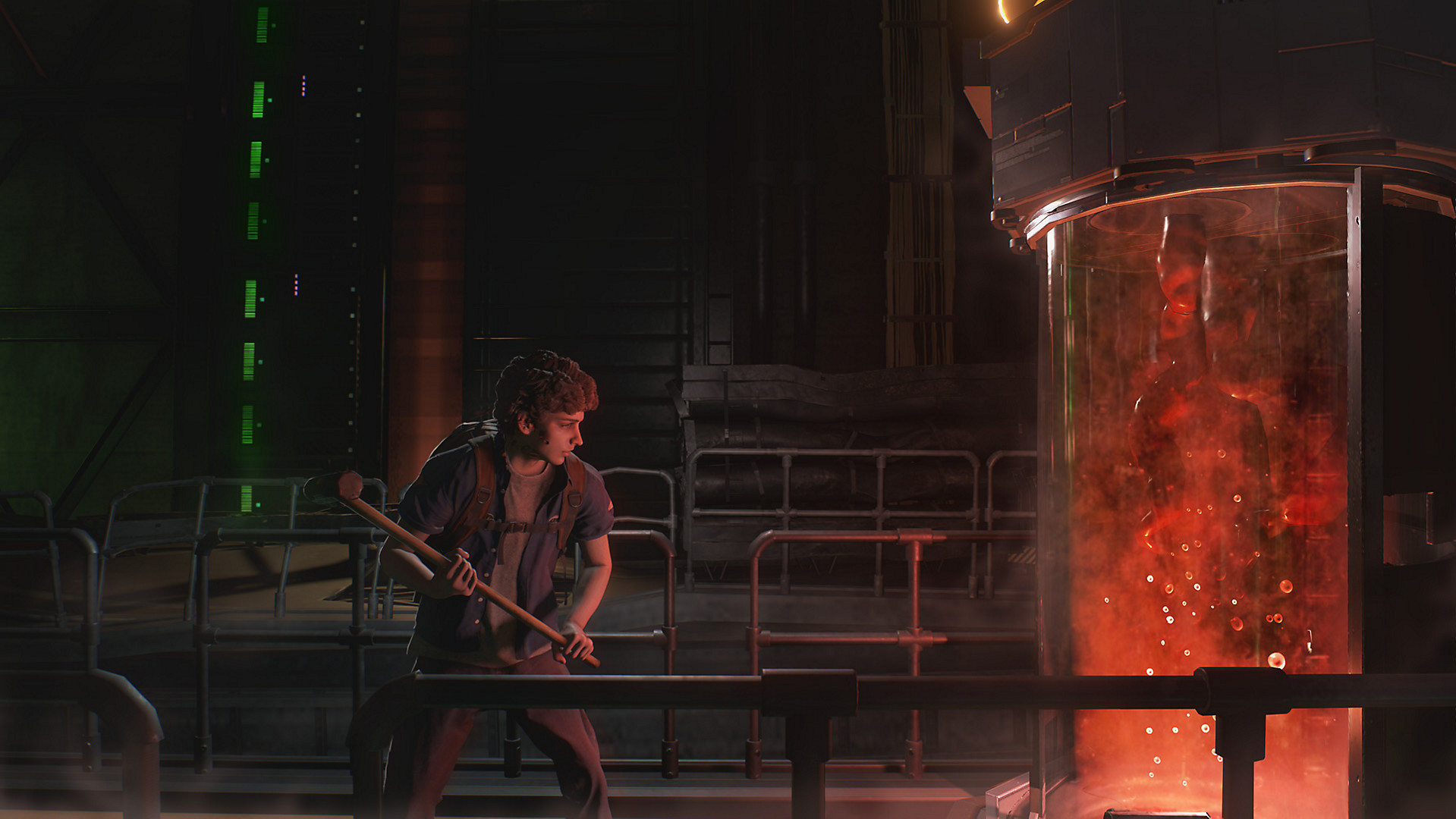 As one of the Survivors, use a variety of tools, weapons and unique personal skills to help their team overcome the Mastermind’s challenges and survive the sinister machinations. Each Mastermind has a deck of cards that summon vicious creatures, set traps, and weaponize security cameras to divide and overpower their test subjects. 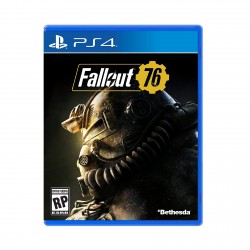