For the first time ever, own all three critically-acclaimed Dark Souls games and all associated DLC content in one 3-disc collection. Enter the epic dark fantasy universe stricken by decline and the Curse. Explore the intricate world designs and deeply rooted lore. Each play through surprises with new challenges and discoveries. Play with hundreds of unique combinations of weaponry, armor, magic, and crafting options to create your own play style and gaming experience. The second installment of the series includes the base Dark Souls II game plus all three DLCs: Crown of the Sunken King, Crown of the Old Iron King, and Crown of the Ivory King. 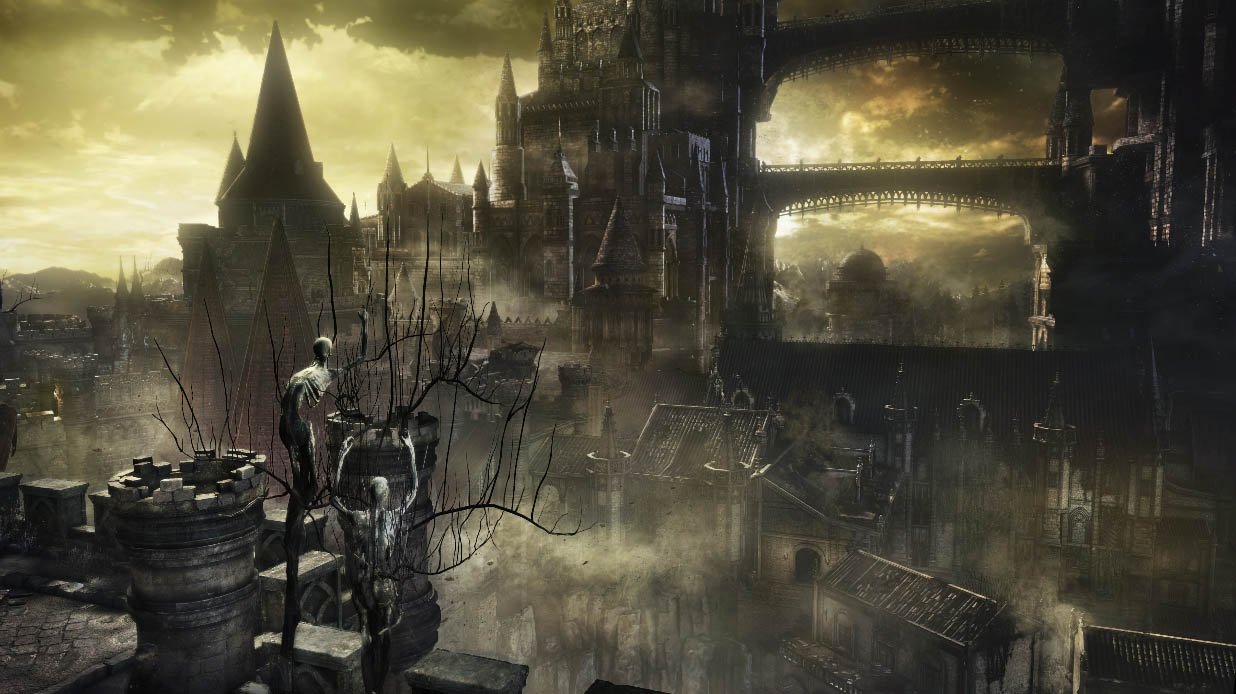 THE FIRE FADES - Includes Dark Souls III experience & both DLC chapters: Ashes of Ariandel and The Ringed City. Dark Souls III is the final journey in the series where players can fight through intense combat solo or team up for in co-op or PvP multiplayer. 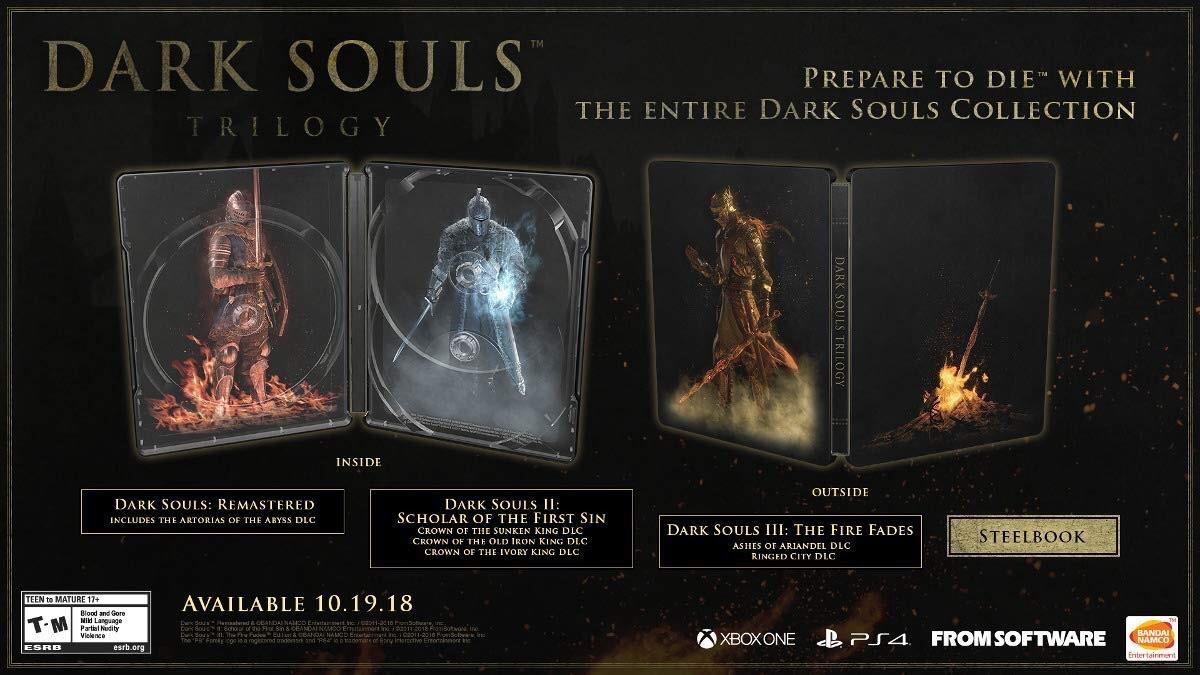 Dark Souls Trilogy includes one steel book with iconic Dark Souls art from across the series. 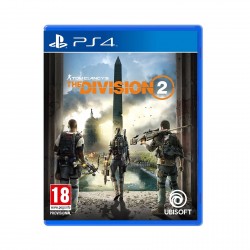 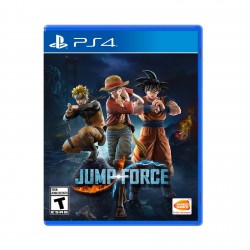 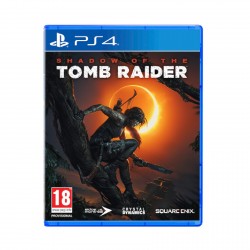